You want me to eat what…spir–u…huh? Did you say green algae?!

This was my exact thought the day my nutrition professor introduced our class to the booster food spirulina. I never imagined a green-blue algae powder could be a nutritional powerhouse, let alone edible. Packed with anti-cancer properties and essential fatty acids (GLA), spirulina is a force to be reckoned with. To be honest, I actually don’t like the taste of spirulina. In fact, the smell reminds me of the fish food I used to feed our pet fish as a child. However, the health benefits are numerous and honestly, if the fish love it, there must be a reason why. However, there are ways to incorporate this superfood into the diet without the fishy after taste. Below I share the history of spirulina, why it is so healthy + sacred and a delicious recipe to reap the benefits of this gorgeous green powder. (Bauman)

Spirulina’s history goes as far back as the 9th century during the Kanem Empire in Chad, Africa. In the year 1940, a French scientist discovered the farming of spirulina around Lake Chad, which was quite surprising. Because the natives were extremely healthy and generally had a longer lifespan, this naturally sparked interest abroad. It wasn’t until the 1970’s that large scale production of spirulina, headed by a French company, expanded the market of this green algae to Japan and the United States. And to this day, spirulina is still being made into dried cakes called “Dihe” or “Die,” which are used to make broths for meals and sold in markets throughout Chad and Africa. This stuff has substantial roots in history! (Tefera)

The Aztecs were aware of the amazing health properties of spirulina too. This ancient culture esteemed the green powder as having “life-generating energy” and believed it was able to restore and revitalize the body. They even used it routinely as a staple food by mixing it in with their maize. In fact, …

The Aztec culture deemed this “blue mud” as having sacred power!

Amazingly, their priests and warriors were able to sustain themselves only on dried spriulina wafers during times of scare food supply and resources. (Earthrise)

So what’s so sacred and magical about spirulina? Basically this food literally converts sunlight into green and blue pigments stocked full of amazing nutrients. The green in its composition is chlorophyll, which is helpful in detoxifying the body. The blue pigment, called phycocyanin, is an amino acid group that makes it an excellent source of plant protein.Basically, the nutritional components are so balanced that our bodies can easily absorb, assimilate and utilize the superior properties of the algae and at the same time, it boosts the immune system. (Bauman)

Spirulina contains over “100 synergistic nutrients” and is considered one of the greatest complete sources of nutrition.

Today Spirulina is consumed by millions of people globally and nutritional researchers are discovering numerous health benefits apart from its nutritive value. What is so interesting is African leaders, scientists and aid organizations believe spirulina is a sustainable food that might just be the answer to world hunger! Seriously, what can be better than this? (Tefera)

This recipe is a fantastic way to enjoy spirulina, without the fishy algae after-taste! With the addition of cacao powder and banana, you only end up with the taste of chocolatey goodness on your tongue! Plus, the maca powder adds a wonderful boost of energy and helps to balance hormones for both men and women. If you are new to spirulina, it is best to start out with half the serving size (about 1/2 tsp), so your body gets used to the detoxifying effect. 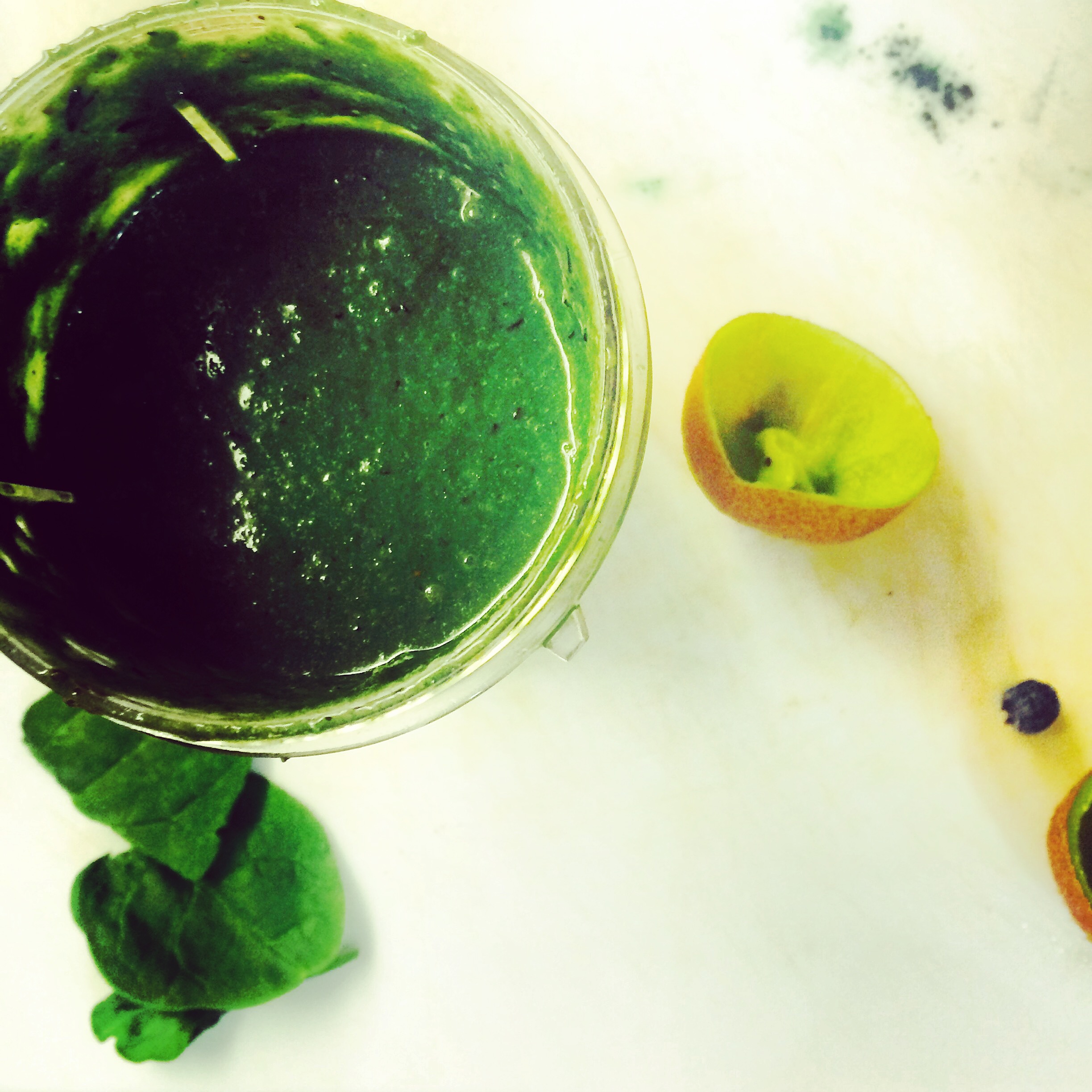 Can you feel the magic?!

Eat Your Greens Out Newsletter